Grandparents, Lock Up the Medicine, Please! 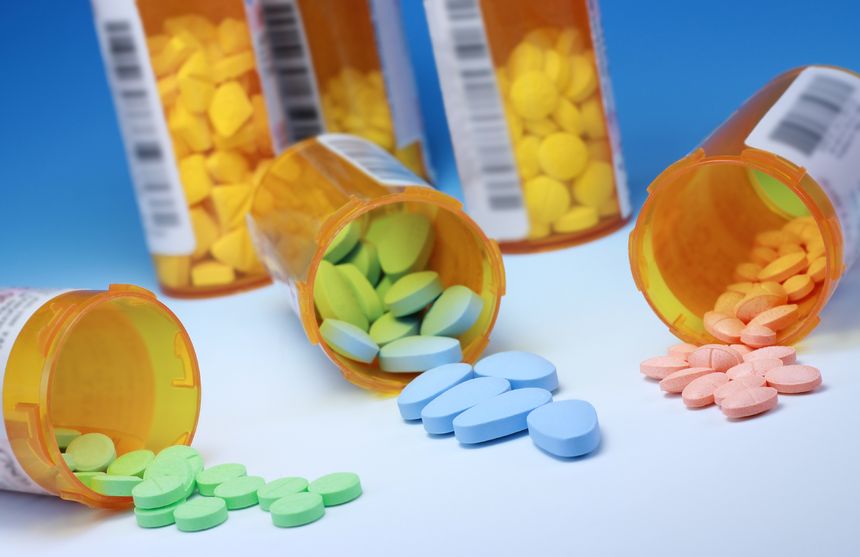 Kids to Grandma and Grandpa: Lock up the medicine, please! Nearly one out of four grandparents store prescription medications in a place where children can easily access those medications – and that habit, University of Michigan researchers suggest, contributes to an epidemic of unintentional poisoning injuries for children.

The University of Michigan Mott Children’s Hospital National Poll on Children’s Health recently asked parents and grandparents of children aged 1 to 5 years about the presence of medicines in their homes and how they are stored. The resulting report showed that the older generations are not doing a good job of protecting children from accidental drug overdoses.

“Every 10 minutes a young child in the U.S. is taken to the emergency room because of possible poisoning from swallowing a prescription medicine or over-the-counter medicine,” says Matthew M. Davis, M.D., M.A.P.P., director of the C.S. Mott Children’s Hospital National Poll on Children’s Health.

Medications cause more accidental poisoning deaths than any other source of poisoning, according to a report released March 20 by Safe Kids Worldwide. Children make nearly 165 trips to the emergency room every day in the United States because of unintentional poisonings – far more than are seen because of motor vehicle crashes.

The vast majority – 95 percent – of medication-related poisonings among young children are due to a child ingesting medicine while unsupervised. The other 5 percent occur because of dosing errors. These data, say Safe Kids researchers, suggest that safe medication storage is a priority.

Parents were better at storing medications safely than were grandparents, but they had plenty of room for improvement. Five percent of parents said they were lax about prescription medication storage, and 8 percent did not take adequate precautions with OTC medications.

What Medications are Most Dangerous for Children?

Most children who visit emergency rooms have ingested adult doses of prescription painkillers that contain opiates or an over-the-counter medication such as Tylenol (acetaminophen, paracetamol). Many common narcotic pain relievers contain both opiates and Tylenol – for example, Vicoden, Percocet,  or oxycodon. Tylenol overdoses are especially tricky to assess, because the drug may be present in many OTC drugs, including cold, cough, and allergy remedies.

In some cases, one pill can kill. Children’s smaller body size and faster metabolisms mean that a dose of a drug that might simply be therapeutic (effective) for an adult is dangerous or deadly for a child. One adult dose of many common prescription drugs can kill a child. The “one pill can kill list” includes antidepressants, antiarrhythmic medications, calcium channel blockers, oral hypoglycemic (diabetes medications) and narcotic pain relievers, can kill a child. As little as one teaspoon of camphor – found in OTC products such as Ben Gay, Vicks Vapo-Rub, and even Chapstick Cold Sore Therapy – can prove deadly to a child.

How to Store Medications Safely

When deciding how to store prescription medications and other drugs, remember that children have little sense of what is safe or unsafe. They may be attracted by bright colors, or they may simply want to imitate their elders. Toddlers explore the world by putting things in their mouths. Try to see the world – and your pill bottles – from the perspective of a child.

Here are some tips to protect your children and grandchildren from overdosing on your medications:

“Emergency room visits for accidental poisonings among young children have become much more frequent in the last decade,” Davis adds. “We hope the results of this poll are a reminder to parents, grandparents and all those who care for young children: Check around your homes to make sure that medicines are safely stored out of reach.”

All health topics on this award winning site have been written with some of the most distinguished physicians in the world.

This site complies with the HONcode standard for trustworthy health information:
verify here.